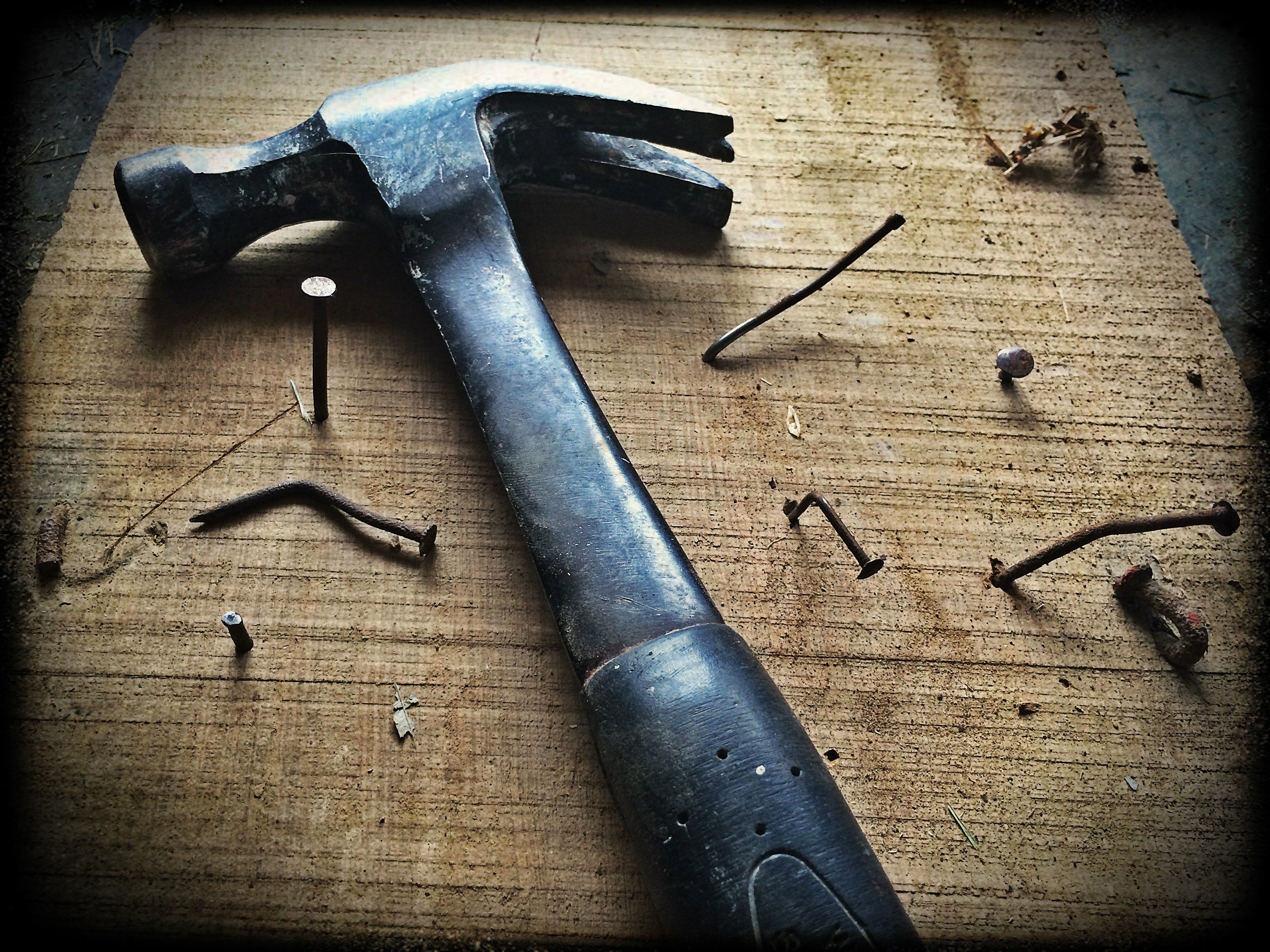 “Well, that’s a convenient story,” the company CEO bleared at me through his watery spectacled eyes.   This man was tired.  Not “I didn’t sleep enough last night” tired; he was

“I haven’t slept well in 20 years” tired.  Those eyes had seen too many cross faces in the board room, too many hours of a flickering computer screen, too many blurry digital displays reading 3AM, and now they were pointedly fixed on me.

“You’re trying to prove to us that this human and…human and ope…what is it called?”  he glanced down at his notes for the answer, red in the face, betraying that it was many years since he’d been at a loss for terminology in his own conference room. “You’re trying to prove that this Human and Organizational Performance concept is true,” he started back in, “that workers make errors because of their environment and we shouldn’t blame them, and so on and so on. And, in the story you just told, the employee broke a rule, but there were a lot of design problems and he clearly meant well.”  The CEO paused for a moment, folding his hands on the table anticipatorily for his calm argument punchline, “It’s very convenient for you tell that story because that’s not how life normally works.   Sometimes people just break rules because they are too lazy to do it the right way.  People don’t normally try to do right by the company, they aren’t normally ‘victims’ of their environment like you painted this guy to be.  This story is fictitious, or an anomaly. I’d imagine you’d be hard pressed to tell another story like it.”

The room of 25 had gone quiet.  Eyes traced my face for a response.  A woman sitting towards the back stifled a sneeze. Were people holding their breath?  I vaguely wondered if they were all nervous for me or just amused.  The CEO was waiting.  I smiled to myself, thinking back to how many times I have faced this same discussion.  Learning the New View is a bit like taking the red (or was it blue?) pill that reveals the Matrix; it pulls back the grimy film of biases and operational assumptions that distorts our reality.  The CEO’s watery eyes were being asked to stare into a version of the truth that was completely foreign to him.  He should be skeptical. He should ask for more proof, for more examples, for more stories.   And luckily for him, we have hundreds.  And so, looking back at the CEO, I said, “I understand the skepticism.  Let me give you another example.  Did I ever tell you about the time…”?

When I am asked what Human and Organizational performance (HOP) is, I often define it at as cross between system design and psychology (full stop).  But that just isn’t enough (and not even the most accurate) words to define it…

HOP (also called the “New View” in some circles) is a global movement towards using the social sciences to better understand how to design resilient systems.

To all those out there that feel most comfortable with data and analytics, let me try to frame the concept with some engineering language: humans fail (make errors and break rules) with a known frequency that is affected by known influencing factors.  If we take those data inputs as a given, we design better systems – including better rules, and better methods of discipline.

For those that prefer to communicate using soft skills language, let me describe it a bit differently: we have biases that lead us to judge others’ decisions more harshly than our own.  We believe others have complete access to all necessary information and have full autonomy while making a decision…but they don’t.  This misunderstanding is magnified by the fact that we are living with the ghosts of a global industrial culture that undervalues its workers.  Combined, these factors have created a gap that is only bridged by the best of the best leaders across industries.

The New View gives us the terminology, the tone (the language) and the platform to disrupt the paradigms that hinder our ability to be transformational leaders.   The choices we make today about how we ask questions, how we create rules, how we react to failure (how we treat people) will directly impact our business performance in the future.

We cannot manage what we don’t understand.

Understanding the truth behind questions like these is crucial to good leadership.

We shouldn’t need to sell ourselves on the benefits of good leadership – the tangible (financial) benefit of leadership is well documented – but we should ask how learning HOP principles is any different from the plethora of leadership training on the market.  The success of the HOP movement is in part a “stickiness” that comes from highlighting important aspects of human psychology, which explain the science behind why even the most well-intentioned people routinely make large leadership blunders (indeed, the first step to change is acknowledging there is a need for it).  The HOP movement aims to affect a person’s belief system.  Meaning, when successful, a person does not simply “portray new behaviors” or “create new habits,” but rather their beliefs (about human nature) are altered in a lasting way. Individuals that have taken the time to wrestle with the principles report that the concepts “change how they see the world” and they “couldn’t go back to their old way of thinking if they tried.”  These individuals become change agents, working to create a positive movement of operational intelligence (understanding the reality of day to day work from the eyes of the worker), compassion, respect and recognition of human strength and limitation that translates into more resilient processes that can recover (quickly) from predicted and unpredicted upsets.

HOP is not a program

One of the most conceptually tricky aspects of HOP is that it is not a program.  The New View is a philosophy which, when adopted, creates a local culture change that leads to better system design.

The details of the philosophy are hard to capture completely in a short synopsis.  But, the results of that philosophy are not.  And perhaps the fastest way to explain them is through a (very) quick history discussion:

The principles behind HOP are grounded in the same philosophy that helped improve the design of our cars.  In the 1950s our cars did very little to protect us from our own errors; there were no seatbelts and no airbags; a head on collision sent the steering column through the driver’s chest and the engine into his lap.  Today, our cars are designed assuming the driver in the system will fail and the car will be crashed.  This thinking led to advances in technology that, throughout the years, have increased the ability for the driver to fail safely (survive a car crash), despite the increasing speed of travel and increasing numbers of the cars on the road.

The proof of the design effectiveness can be shown in car fatality data.  One chart on the subject is below. “You can’t manage what you don’t understand” – E. Jacques

The mission of the HOP movement is to translate the philosophy that changed automotive design to the rest of the industrial world, with the aim of creating safety and quality systems that allow the human to fail safely (meaning, without resulting in unacceptable consequences).

Part of that translation is a recognition of an important truth: the automotive industry has a large advantage –almost every person on an automotive design team also drives.  This may seem like a minor point, but the details a driver (versus a non-driver) can bring to table have large design ramifications.

For example, if you’ve never driven a car, the rule to check your blind spot before changing lanes seems simple.  If you do drive, you recognize that despite knowing youshouldlook over your shoulder, every so often you forget, and you count on the driver in your blind spot hits his or her horn with enough time for you to avoid an accident.  A driversees the value in a blind spot warning sensor to help reduce the probability of a crash while changing lanes; value that a non-driver would struggle to see and most certainly not think to invent.

The level of operational intelligence (detail about driving) known by those on an automotive design team is often in stark contrast to the realities of the rest of the industrial world.  As an Environmental Health and Safety leader in a global company, part of my job responsibility was to create and enforce rules around driving forklifts…despite the fact that I had never driven a forklift in my entire career.   In our world, leaders are asked to manage process and systems they have had very little personal exposure to.  Part of what HOP teaches is that despite how normal this feels to us, you cannot manage what you don’t understand…not well, at least.

This brings us back to the story the CEO was so miffed by.   I was telling the story of one of the many post-event learning teams I have had the honor to be part of.  Rather than tell one of those stories here (they need more detail than a few pages can give justice to), let me instead share with you my experience around the arc of how a post-event learning team compares to a traditional investigation.

Investigation: An event occurs.  We ask our normal “investigation” questions.  We learn that someone made an error or broke a rule.  We have very few improvement options and are often left updating a procedure, or holding a safety “stand down,” or retraining some.  We end up frustrated with the employees for making a mistake or angry with them for breaking a rule.

Post-event Learning Team: An event occurs. We ask better questions that move us past the biases we have towards error and blame.  We learn an error was made or a rule was broken, but we also learn how the error was made and why the rule was broken.  We recognize we would have probably made a similar error or broken the same rule if we were doing the job, which in turn lets us acknowledge that the failure will inevitable be repeated unless we improve.  Our employees become our biggest asset in improving the system and we end up with a long list of possible improvement actions. Our working relationships and ability to solve problems improves.

The above description of a Post-event Learning Teams may seem like fabrication or fairytale to you (in fact, I’d be surprised if it didn’t).  This is part of the beauty of the HOP movement.  It only takes a few good conversations and a couple learning teams to show that it is true (seeing is believing) and the contrast between how we see the world before and after adopting the New View is so dramatic it can rewrite the rules of how we do business with each other (and even how we act in our personal lives).

How did the story with the skeptical CEO end? After an introduction to the New View mindset and seeing a learning team for himself, he became one of the biggest HOP advocates I have ever met, going as far as hiring a full time HOP expert to advise him and shape his company’s culture change.

And now he has hundreds of his own Learning Team stories to tell.