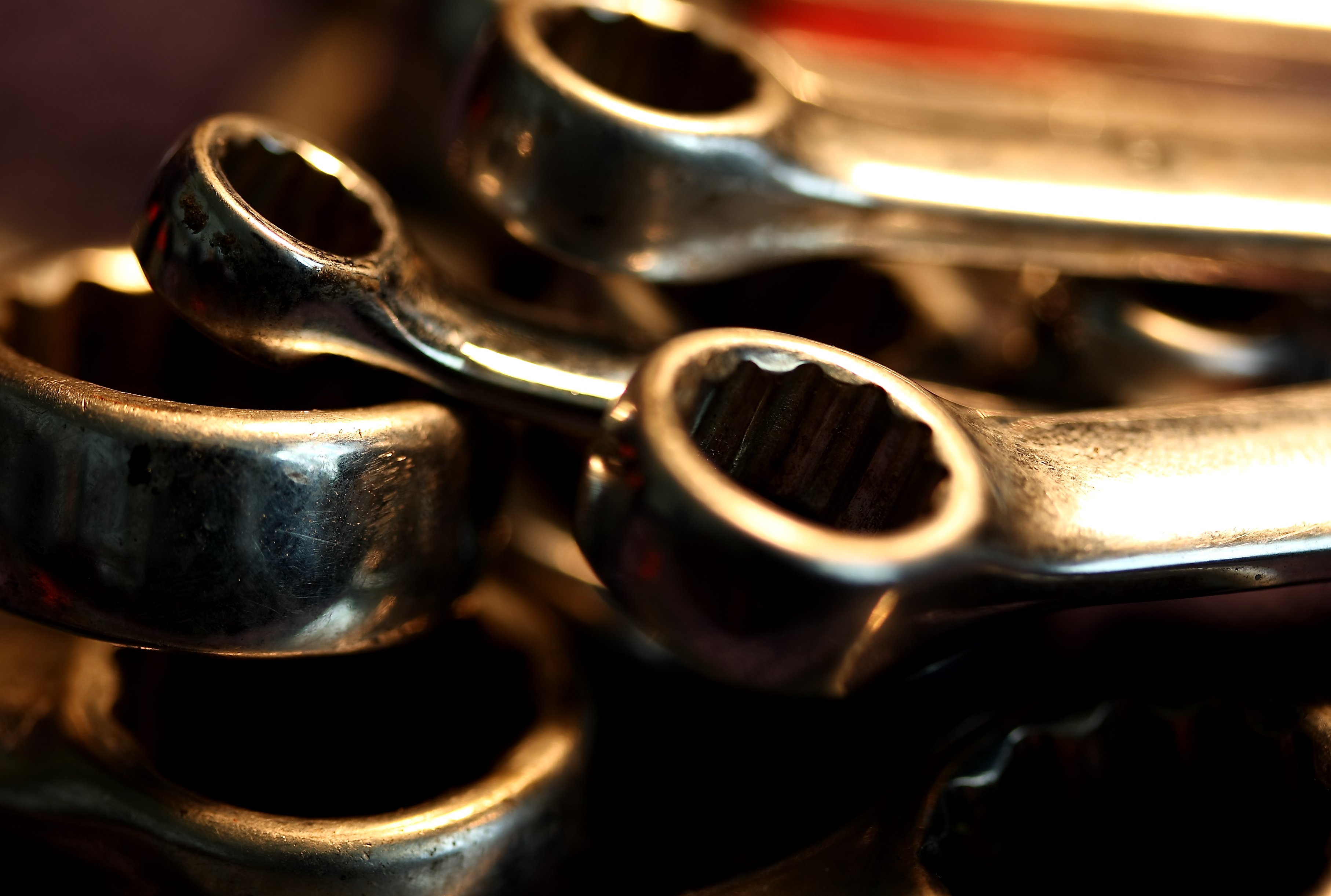 If it ain’t broke, fix it anyway -Can you tell me about a situation when work is difficult around here?

The group of construction workers at first seemed startled by the question, but clearly interested in engaging. Somewhat hesitantly one of them disclosed that they had problems with the availability of tools on site. It wasn’t perhaps that work was difficult to perform, but it was frustrating to spend ‘hours every day’ looking for tools. Some of the other participants joined in and explained that the tool store didn’t have enough of the specific tools needed for various jobs. “So the storeman tells us to find the person who checked out the tool and ask to borrow it from them”. On a large site this task was not entirely straightforward. Sometimes they couldn’t find the tools and new ones had to be ordered. Time and money were being wasted on a project with very tight delivery dates.

In the following focus group, the information about the tool situation was used to trigger discussion. It brought out additional layers of the issue.

-The problem is that people hide tools! They don’t want to waste time looking for tools, so they don’t share the tools when asked. If you let go of some tools, chances are that you won’t get them back when you need them.

The solution to the tool shortage problem was functional from a very local view, but with huge costs for colleagues and ultimately project delivery. Garret Hardin’s ‘Tragedy of the commons’ seemed relevant. However, I was touched by how passionate these people were to do a good job. They wanted to achieve great outcomes, but were undermined by scarcity and complexity.

In the subsequent focus groups the tooling issue became a standing point to explore. While the problem seemed clear enough, I expected to find more diversity in how people had solved the issue.

-I bought my own rattle gun mate. I spent $2,000 because I got sick and tired of looking for one or waiting around. But do you think anyone will thank me for that?

I silently wondered how the organisation would react if that rattle gun was involved in an incident.

And then there was the electrician who smiled when the tool situation was discussed. When asked about his take on the issue, he answered a bit reluctantly:

-If I can’t find a tool I walk over to X (a competing contractor on the job) and I borrow tools from them.

The group cracked up in laughter while my corporate colleague and I were more embarrassed than amused.

-So what do they get in return, another participant wanted to know? The electrician immediately turned uncomfortable in his chair. The digital voice recorder on the table probably didn’t help. However, after some encouragement from the group he disclosed:

-There may be a few rolls of shade cloth missing somewhere.

More laughter. More embarrassment. Because we hadn’t gotten the tool procurement right, a ‘black market’ had emerged. The solution could not be found in any formal descriptions of work, nor could the cross-organisational connections. It was a succinct illustration of how people develop their own solutions when an organisation does not provide enough resources to meet demands.

It wasn’t only the tool situation that was wanting: people had brought magnifying glasses to be able to read drawings that had become jam-packed with detailed changes. And despite the same design being built on numerous sites, there was no single source of truth how to put the structures together. One worker used his smart phone to build a database of photos from the different structures illustrating what he considered the right way – something he used in discussions with peers and supervisors.

The focus group had been designed to tap into when work was difficult, with the hope of identifying situations where control was challenged, but not lost. The stories that came out indicated that perhaps the main reason control hadn’t been lost was the human factor: people had adapted to overcome. They may not have been the best of adaptations, but in the absence of wider support and informed assessments the adaptations were locally, and at least momentarily, good enough.

But none of these issues, or solutions, appeared to be safety issues. Not by a traditional definition anyway: no harm, no immediate risk, nothing that went wrong. From a safety point of view nothing was broken, nor was there overt exposure to malicious energies.

When I came back to the office I relayed the tool story to my manager. In return, he shared what he had learnt from an incident investigation elsewhere. When plastic pipes had been moved on the fourth floor of a construction site, a come-along had slipped out of one of the pipes, dropped over the edge and fallen to the ground where it almost hit a person. At first the organisation could not understand why there had been a come-along in the pipe. However, through interviews they learnt that people occasionally hid tools to overcome a shortage of tools.

Disasters, incidents, injuries, and illnesses are predominantly understood as ultimately stemming from hazards, or the ineffectiveness of controls. However, trouble more often than not seems to brew elsewhere – in normal work. Whatever safety is, it cannot be one-sidedly understood as a thing unto itself, but a quality that is negotiated and emerges from a wide range of non-safety-specific activities. While there may still be advances to be made in understanding hazards and accident causation, the focus on prevention, detection and reduction of the probability of negative outcomes cannot continue to be the main emphasis of organisations that want to create safe workplaces. If there is such a thing as a ‘safe organisation’, it is an organisation that fixes things even if they aren’t broke.

Hollnagel (2014) suggests that assessing and addressing performance variability of work is a more holistic way to approach safety (rather than focusing on the probability of unwanted events). This, however, requires changing the questions we ask around safety. In attempting to translate this into practice I have developed questions that organisations could use to explore performance variability together with operators:

Obviously, these questions focus on only part of the distribution of events that we can learn from to create better workplaces. I’m keen to hear from readers how the above list can be improved and expanded.

Note: The title of this post was inspired by the introduction to Tom Peters’ book Thriving on Chaos: Handbook for a management revolution

Share
Safety Third? - New Video from Mike Rowe Previous post
Danger was the safest thing in the world if you went about it right Next post