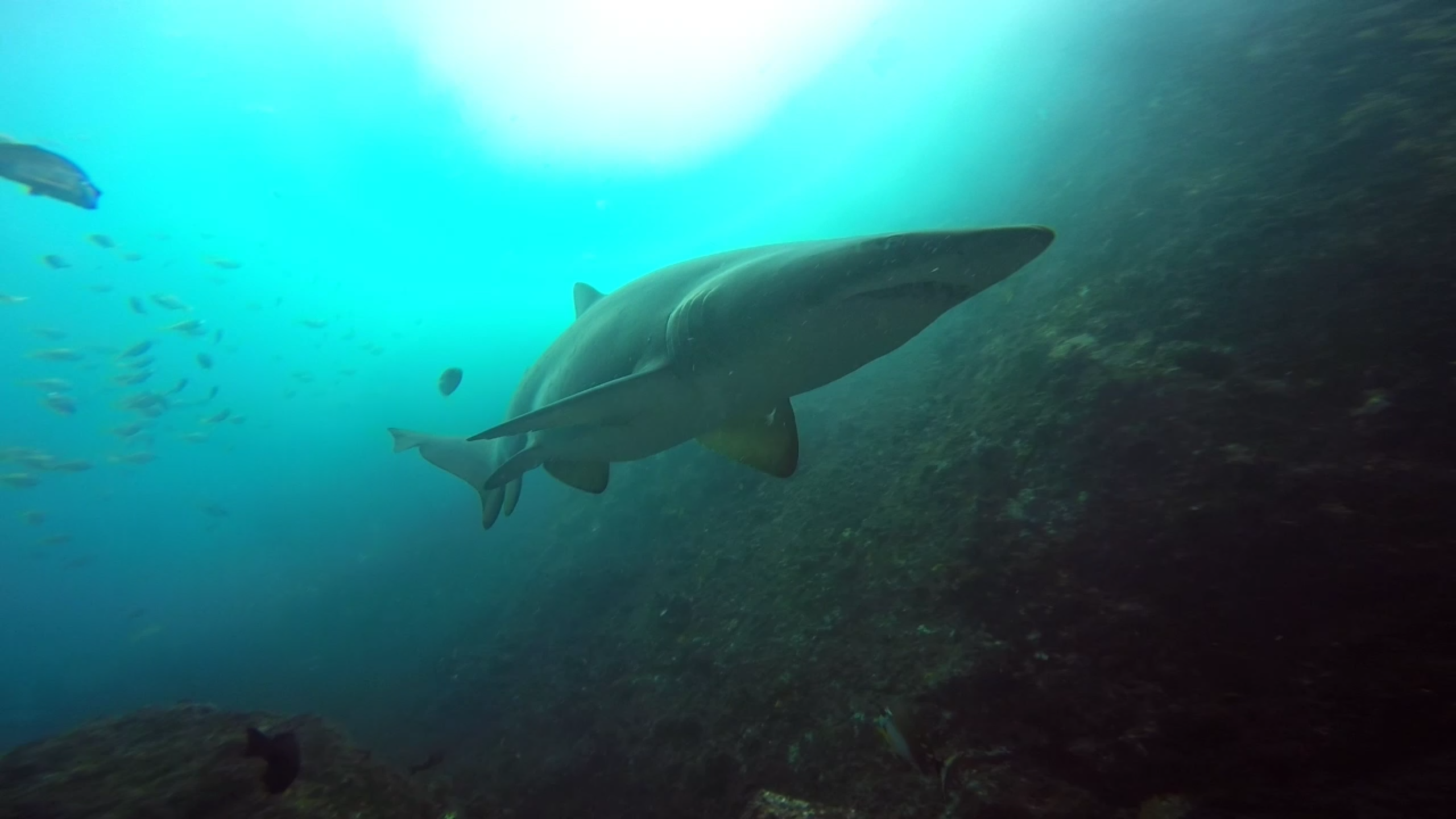 In Defense of the Mayor of Amity Island Photo taken by and courtesy of Daniel Hummerdal

Jaws is the reason I have to give myself a pep talk before going in the ocean.  The 1975 movie shows what happens when a huge, psychopathic shark with a taste for people meets a small tourist island off the coast of Massachusetts (Spoiler – it doesn’t turn out well for some unsuspecting swimmers). The movie is credited for making the fear of sharks mainstream, which it certainly did for me.

During the movie the hero, the sheriff on the island, notices the problem the shark presents right away. He tries to convince the island’s mayor to close the beach until the shark can be dealt with. The mayor, who is often seen as greedy and foolish compared to the virtuous and wise sheriff, disagrees and the beach stays open. The body count continues to rise though and eventually the mayor is forced to agree with the sheriff, the beach is closed, and the sheriff goes out on the ocean with his band of merry men to fight the shark.

Many times in safety discourse managers, decision-makers, and leaders are portrayed like the mayor in Jaws – greedy and foolish. Take for example the discussions going on right now in reaction to hurricane Harvey and its effects on Houston. A ProPublica investigation last year identified that Houston was particularly susceptible to flooding from a hurricane. However, instead of investing in the infrastructure needed to protect the city, they chose to invest in development projects. How could they be so reckless?

Post-incident discussions are often framed as a choice between preventing the incident or causing the incident. As if when the mayor chose to keep the beaches open in Jaws, he did not choose to prevent the subsequent deaths. As if when the leaders in Houston chose development over flood protection, they chose to allow Houston to be flooded by Harvey. The problem with such framing is not only the moral tinge it has that allows us to scapegoat decision-makers, but rather the oversimplification of decision-making it implies. None of these decisions is a choice between causing/allowing harm or preventing harm. Instead, often decision-makers must make a choice between which to devote resources to. Harm is rarely (if ever) eliminated. Instead it is often transformed into another form and moved in space and time away from the event in question.

To illustrate this, take the decision the mayor from Jaws had to make. In a town where tourism is a significant portion of the economy, to shut down the beaches may force tourists to go elsewhere for the season. On the surface this seems like merely an issue of money (and discussions of greed naturally follow), but the reality is that losing tourist money for a season has a similar effect on the residents of that town as losing an entire harvest does on a farmer. It could cause businesses to close. Families have to choose between raiding their child’s college funds to pay the mortgage or going bankrupt. In the US, where we have to pay for our healthcare, some may have to choose between paying for needed medications or paying for food. It is not unreasonable to say that it is possible that there will be real health effects, perhaps even deaths, which result from shutting down the beaches for too long.

Now, these choices do not compare to the loss of a life to a shark attack. However, from the mayor’s perspective, the loss of a life due to a shark attack is an uncertainty and highly improbable. In retrospect we know that the shark was coming back for more blood, but in reality that is extremely rare. So the mayor is faced with a choice between shutting down the beach, which is highly likely or guaranteed to cause harm, or keeping the beach open, which is highly unlikely, given the available data, to cause additional harm. In retrospect the choice is easy, but we don’t live life in retrospect.

The choice the decision-makers in Houston had to make was not that much different. Investing in development is an investment economic prosperity. Sure it’s easy to say this is about greed, but economic prosperity has real world consequences in improving living conditions for real people. Economic prosperity means better healthcare, better education, and lower crime.

And in either case, neither the mayor nor the leaders of Houston are choosing to harm their citizens. Even if we ignore the morality of each situation, wouldn’t repeated fatalities and serious injuries to shark attacks cause just as much economic turmoil as proactively shutting down the beach? And wouldn’t devastating flooding erase all of the investments in development in Houston?

The point of this discussion is not to say what the mayor in Jaws or the decision-makers in Houston should or should not have done. Rather it is to say that how we frame problems after an accident or disaster happens may not only be misleading but it may be contributing to the very problems we are trying to avoid. When we oversimplify the decisions people make we are not only being unhelpful, we are actually marginalizing other perspectives, ignoring other sources of harm, and encouraging poor decision-making. We are saying that decision-makers should not consider anything else except those things that obviously kill people. Whereas the challenges of poverty, healthcare, crime, and other major societal issues go unconsidered and people are left to deal with them on their own. Further, by oversimplifying the issues decision-makers face it creates distrust. We do not trust them because we feel they are choosing incorrectly on an easy decision. They do not trust us because we have shown we do not understand the complexity of the decisions they must make.

Perhaps, as an alternative, we could help decision-makers bear the burden of these complex decisions. Ignoring or oversimplifying trade-offs does not make them easier to manage. We can bring the trade-off into the light by acknowledging the various choices and their consequences. We can make sure that perspectives on different types of harm that will result from the decision have a voice in the decision-making process. This will not stop us from having to choose one over the other, but by making the foreseeable consequences of the choices clear we can develop mitigating strategies to minimize the effects for those who are harmed. We can also include learning processes designed to identify if our strategies are actually working as intended and what unintended consequences are developing (because there will always be unintended consequences).

This approach is less about knowing what the right choice is in every situation, but supporting decision-makers by creating a context where better decisions can be made. Rather than being the proverbial “Monday morning quarterback” or “arm chair general”, we recognize the near impossible task decision-makers are given and create processes to facilitate more productive, collaborative decision-making.

Imagine what would happen if instead of painting the decision of whether or not to shut down the beach in Jaws as a moral decision and the mayor as an immoral actor, the sheriff collaborated with the mayor to identify strategies to mitigate the effects of shutting down the beach, or alternative approaches to dealing with the shark that didn’t involve shutting down the beach. Now, in the mind of the mayor, the sheriff is no longer an impediment to his role of creating a thriving community, but a partner. Or imagine if instead of scapegoating the decision-makers in Houston, we start looking at other coastal cities that are vulnerable to hurricane storm surge , or San Francisco (my hometown) where the threat of major earthquakes looms over us at all times while our infrastructure ages. What if we realized the impossible decision these decision-makers have and partnered with them to create new approaches to balancing the inherent trade-offs of running a major city in a quickly shifting economy, while in the path of major natural disasters? Or what if you applied a similar approach to the decision-making in your organization?