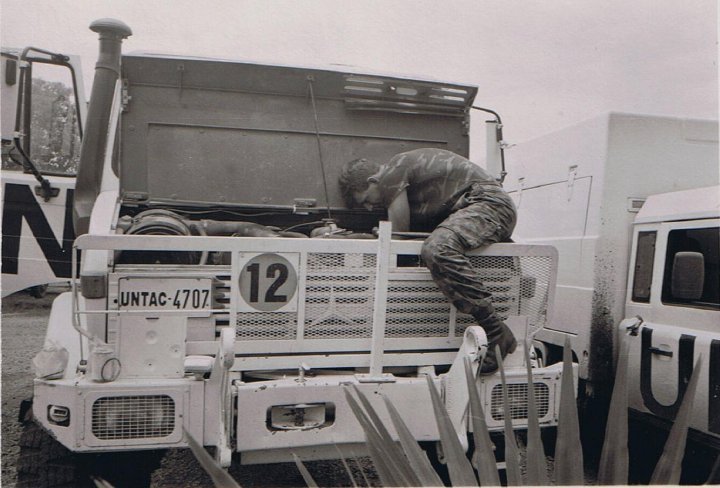 With spring (March to May) in Afghanistan comes the fighting season. As the mountain snow recedes, Afghani tribesmen are once again able to move around the mountains and through the mountain passes. Traditionally the tribesmen have used the improved conditions of the fighting season to settle blood feuds and harass invading forces. In the current conflict the target of the tribesmen’s wrath has been the coalition forces and those Afghanis who support them. As the 2010 fighting season developed and Taliban fighters travelled across the mountains into the Orūzgān Province, Special Operations Task Group (SOTG) Rotation 13 arrived in country. My friend and former colleague was the leader of the combat support workshop on this rotation and writes as his contribution to the book[1] ‘With Skill and Fighting – Craftsmen of the Australian Army 1942 – 2014’.

The war fighters within the SOTG were becoming very efficient at seeking out and destroying enemy fighters; using a combination of rotary wing aircraft and vehicle-mounted patrols, as the Fighting Elements (FE) pushed the Taliban deeper into ‘Indian country’. A Forward Repair Team (FRT) deployed with all vehicle mounted patrols, initially comprised of a Vehicle Mechanic (VM) and toolbox. Subsequently this grew to three tradesmen in a Workshop ‘Mother Ship’, an up-armoured Unimog fitted with a heavy weapon mount.

The greatest threat to all vehicle mounted operations came from Improvised Explosive Devices (IEDs). During Rotation 13, a number of SOTG vehicles were damaged by IEDs (one driver experienced three events) all without sustaining injuries. FRTs supporting the patrols worked tirelessly to rebuild or jury rig each vehicle to allow it to be ‘A-framed’ back to the Main Supply Route (MSR). Once the damaged vehicle was back on the MSR, the Workshop up-armoured Mack wrecker was deployed to do a pick-up run. This task usually comprised a four-vehicle packet, with engineer route clearance support and a signaller in the command vehicle. With the FE and the damaged vehicle, a transfer of equipment would occur to a clean vehicle in the packet and the crock would be put onto the recovery trailer. This story is not remarkable as our soldier/tradesmen are highly trained and capable of turning on an almost unsupported operation in a hostile environment; providing their own planning, medical, signal and fire support.

The story above depicts a hostile combat environment that is extremely complex and constantly changing with a large number of variables, yet quite junior soldiers adapt either individually or in small teams to have successful outcomes. The Safety I approach, if applied to managing a hostile combat environment, would only lead to failure due to the variability of conditions as it would apply rules and constraints which ultimately limits the decision making process.

The military is a command-and-control organisation, however contrary to prevailing perceptions of this approach, it is very much Safety II orientated in that it recognises that conditions change all the time. The military, especially in combat, allows soldiers to adjust their performance, to be creative, under varying conditions to ensure things go right. Essentially, to win the fight or leave the fight with minimal casualties. The adjusting of performance by soldiers is related to planning, training, skills and the transition to decision making in a combat environment where the luxury of time to halt a process has been removed. The critical aspect of making a good decision resides in the appropriate balancing of the variables and options[2].

Why does a command-and-control approach work in the military and other emergency service organisations where there is variability at the point where the boots hit the ground and the people are most at risk?

In ‘Lean, Green Safety Machine – Part II’ I will explore how a high performing team works in a dynamic high risk environment under a command-and-control approach to be successful.