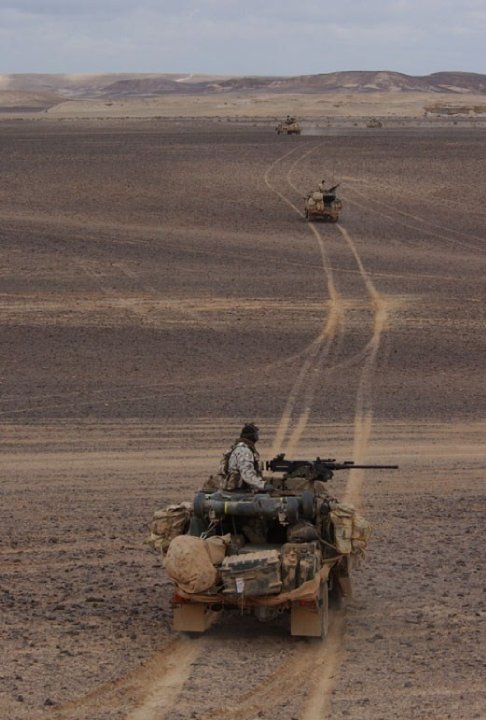 War is, above all things, an art, employing science in all its branches as its servant, but depending first and chiefly upon the skill of the artisan. It has its own rules, but not one of them is rigid and invariable. As new implements are devised new methods result in its mechanical execution; but over and above all its mechanical appliances, it rests upon the complex factors of human nature, which cannot be reduced to formulas and rules. The proper use of these thinking and animate parts of the great machine can be divined only by the genius and instinct of the commanders. No books can teach this, and no rules define it.

In ‘Lean, Green Safety Machine – Part I’, I established that high performing organisations, typically command-and-control orientated, are successful because it seems they have a Safety II approach. As Greene alludes to, it seems that Safety II thinking has been around for the last century or more within military operations.

Similarly, there are other professions that have a Safety II approach to adjusting performance in a dynamic environment in order to succeed. For example, the majority of team contact sports are similar to a field of combat environment. Imagine the coach and his team sitting around trying to write a step by step job hazard analysis of each play his team for each play, in both attack and in defence. It’s plausible at this point to opine that it would be impossible to predict all the variability and establish the defined controls for all foreseeable threats and opportunities. Similarly, during the course of ‘play’ there isn’t the luxury afforded to complete a ‘take 5’ risk assessment and document the change in procedure to cope with the change in the field. In these situations time is of the essence, as are the decisions, otherwise the initiative will be lost and the threat will prevail.

These similarities aren’t just confined to the military and sport, as they are also found in other high performing professions such as aviation and emergency services. The other similarity to note at this point also is there is not a safety ‘professional’ at the point of risk in any of the professions I have highlighted yet advising or assessing if a task is being done safety, or with the right behavior.

How does a high performing team make decisions and corrections where they are confronted with variables that are unpredictable and that the path to success cannot be described in a set of predetermined discrete actions?

Detailed and rational decision-making requires time[1]. I equate the military detailed decision making process and tools to a broad brush safety risk analysis which considers the overall scope of work, the workforce capability, the work/occupational environment and the broad or principal hazards in detail. Obviously this process is not appropriate at the point of contact with the enemy, nor is it appropriate at the point of task level work.  It is however an appropriate means to consider all the complex variables from which a detailed understanding of the operating environment can be gained[2]. The decision could be a go or no-go, or one about a specific mission at the tactical level (using techniques and procedures).

However, when a soldier needs to make a quick decision at the point of enemy contact, there is no available time for a detailed analysis. There is no luxury of being able to ‘stop work’ and complete an analysis’ as the tempo and initiative will be handed to the enemy. It is at this point that the soldier needs to rely on their own knowledge and experience in three critical areas:

The knowledge and experience is therefore achieved prior to the point of contact with the enemy, or exposure to the hazards. While techniques and procedures may be known through prior training and experience over several years, the other two critical areas (enemy and terrain) require analysis during the detailed decision making phase. Therefore, the person who leads those directly exposed must be involved in, or have a clear understanding of, the analysis results from the detailed decision making process. However, good decisions do require a combination of analysis and experience – not one or the other[3].

The decision making process, both detailed and quick, can be improved in junior leaders through practical exposure. This increases their level of experience and knowledge, however it is important to note that ‘operational’ experience alone is not enough and cannot be relied upon to provide suitable experience, as the operational environment cannot be controlled to provide uniform experience and opportunity to learn. A fundamental aspect of learning at the individual level is that the brain learns best through error[4]. Therefore, to maximise the learning of leaders it is important for the learning environment to be one that encourages mistakes[5].

In many of today’s workplaces we have a reliance on operational experience alone. Very few organisations provide a controlled environment that encourage learning by mistakes, but also an environment to allow the devising of new methods. Kelvin Genn’s post on ‘Disruptive Safety’ implies that we should make mistakes well, and it appears to be the case that the military actually has a proven method to do this.

In ‘Lean, Green Safety Machine – Part III’, the final blog in this series, I will look at techniques used by the military and other professions to better the decision making process, their relationship with failure and to current safety processes.

Greene, F.V., (1883). “The Important Improvements in the Art of War During the Past Twenty Years and Their Probable Effect on Future Military Operations,” Journal of the Military Service Institution of the United States 4, no. 13

Lehrer, J., (2009). The Decisive Moment: How the brain makes up its mind, Text Publishing