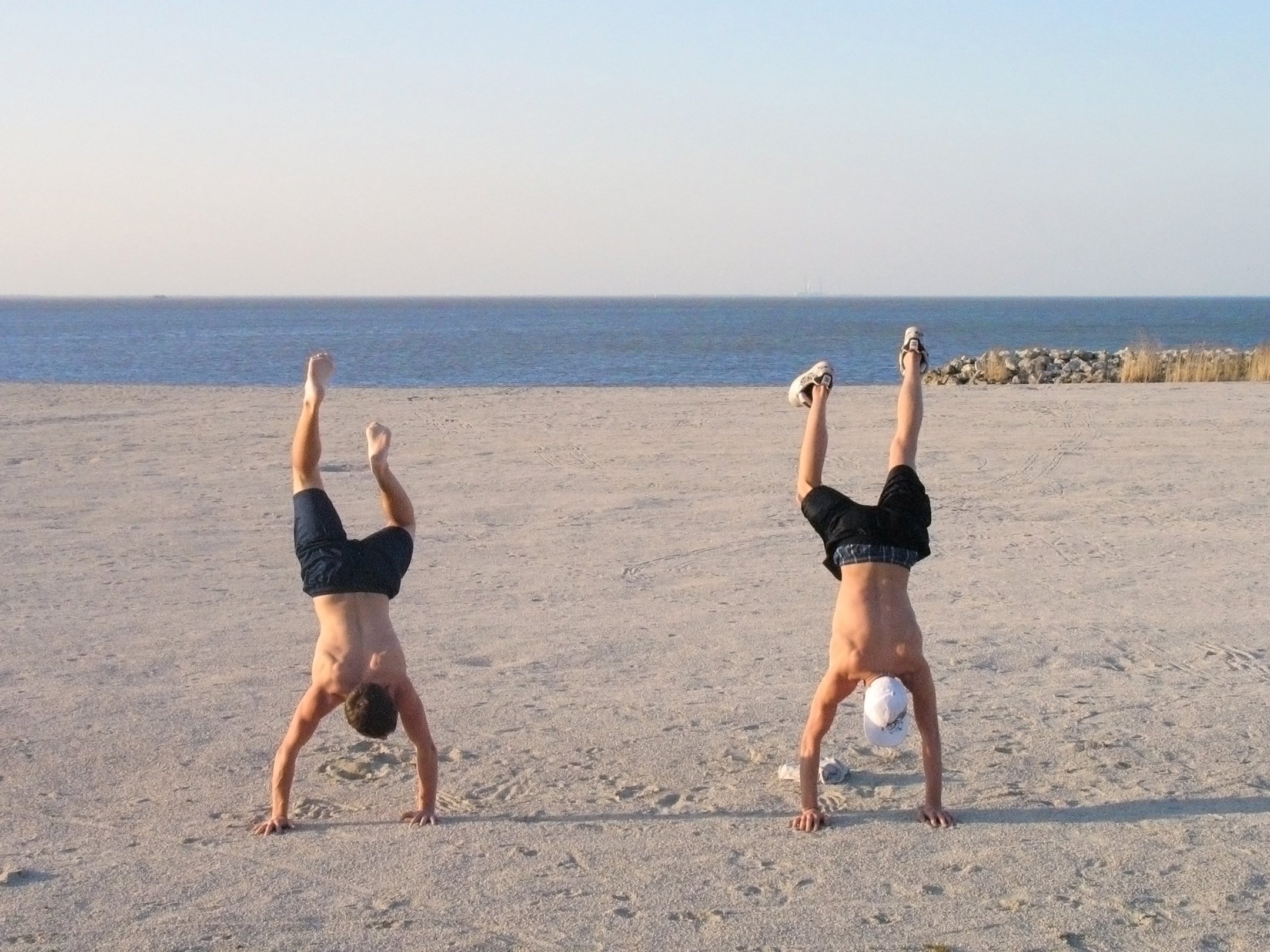 Handstands, cartwheels, somersaults, and running on bitumen have recently been banned in a number of Australian schools. Obviously, this is done not because schools fear litigation should something go wrong, but because ‘they care about the kids’ safety’… Also, some schools now have risk registers for all their activities. Painting is apparently a “medium risk”, for which teachers should consider having the consent of primary caregivers.

Reading about this made me think of when I visited a train operator, also in Australia. Walking up a set of stairs, my host rather commandingly pointed out that I was not holding the handrail. “Always maintain three points of contact when using stairs!” Wanting to be a good guest I complied, putting my hand on the handrail, probably just like hundreds of other people that day.

My third observation regarding ill-advised hazard hunts is from my work in Safety in Design. Designers are supposed to identify hazards during the design stages, and consequently take action to eliminate, substitute or otherwise control the hazard. For example, they put up fences to prevent people from entering dangerous areas, install anchor points for working at heights, or they opt for a 24V electrical system instead of using 240V.

In all of the cases above, hazards are identified and evaluated one-sidedly. I do not wish to argue that the identified hazards are not hazards. But everything exists in a web of relations. And focusing on a selectively slender rendition of that intricate and multifaceted web, distorts the view.

While handstands, cartwheels, and running on bitumen may contribute to injuries or even fatalities, I’m certain that refraining from those activities also have negative effects, although these may appear on a different time scale, and in someone else’s area of responsibility. But if a nation of flabby kids who are scared of trying new things is an attractive idea, by all means: continue to do this!

And for the train operator: Sure, holding the hand rail may prevent a few broken legs and sprained ankles – making the Lost Time Injury frequency look better. But having employees exchanging germs via the hand rail is bound to show up in the number of sick days instead. (Thankfully, sick leave may not be the responsibility of the safety department).

Likewise, when considering the safety of designs, technologies are evaluated by their immediate external effects or risks – not by the many relationships that are intrinsic to the technology. By constantly removing hazards designers simultaneously risk making it more difficult for people and organisations to carry out their work successfully. The hazards are rarely evaluated in relation to the many different uses that a given technology will be subject to.

To summarize: when it comes to safety, people and organisations tend to focus on “eliminating” isolated dangers. But dangers are not isolated. They emerge from relations that also have the potential to influence many other things. As we make changes to one aspect, the effects cascade and show up somewhere else in the system. This one sided focus on hazards and dangers is to some degree understandable, but we need to improve our ability to embrace dangers, to deal with them successfully, from a more holistic point of view, instead of gradually backing away from them and not thinking about the consequences of doing so.

Or at least, that’s my opinion..