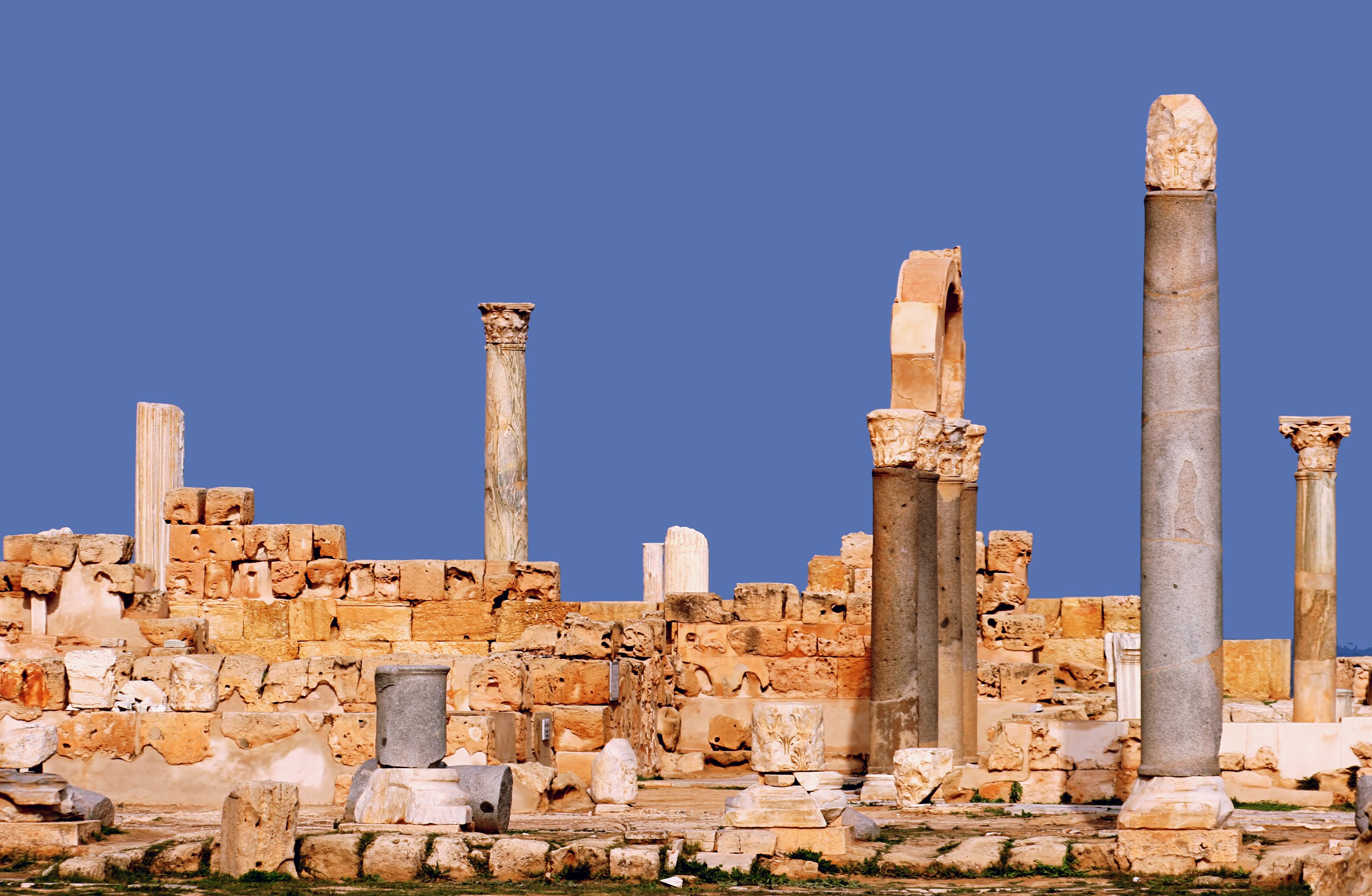 The ‘failed state’ of safety I recently gave a talk about Safety Differently to a group of, mostly, safety professionals. As usual, I offended some people with my spontaneous jokes (this is easier to do in some places than in others, believe me), and made those who have vested interests in the old paradigm squirm or look shell-shocked (“but, but, my posters saying that ‘safety is our number ONE priority’ actually work…!”). Also, as usual, I divided the room, leaving nobody the option of remaining neutral in the face of what I said. At the leading edge of science, there is always a continual and sometimes hard clash of diverging interests.

So far nothing new under the sun.

But a more sinister, corrosive tone seemed to run underneath it all. To understand it, remember that I was born and bred right next to the most liberal, tolerant city on earth—Amsterdam. This is a place stamped out of the mud by individual citizens whose real collective enemy was water, where rulers (worldy or ecclesiastical) were mistrusted, ignored, mocked or thrown out, a place where Rene Descartes finally felt safe to express his ideas in a time dominated by the dogma’s of Church and Crown, the birthplace of Baruch Spinoza (the child of Portugese Sephardic Jewish refugees who weren’t welcome anywhere else in Europe) who laid an important part of the foundation of the 18th century Enlightenment. It is, and always has been, a cosmopolitan, tolerant place, indelibly resilient and attractive because of its celebration of diversity; the place on which New York (New Amsterdam) was forever modeled. The real taboo in Amsterdam is to have a taboo in the first place. It is the kind of place where ideas cannot be self-evidently true for a long time, as other ideas soon emerge to show other ways of thinking or being. It is a place where rules and rulers are treated with equal skepticism, a place where riding your bike through a red light is statistically safer than riding it through a green light, because you don’t get creamed by cars or trams turning into you, and because you are probably more vigilant and adaptive.

And so here I was. Giving that talk. One of the charges I commonly lay at the feet of the safety field (our own feet) is the moral capitulation, historical vacuousness and intellectual complacency inherent in our own commitment to the current paradigm (to think that I would use the word complacency). We are not only economically wedded to the way we have done things for ages; we are also afraid to let go of what we know, we are suspicious, if not intolerant, of outsiders, we are literally conservative—clinging on to how things always have been. Read the beginning of the book Safety Differently, and you will see what I mean. We don’t ask tough questions about whether our interventions really are the right thing to do, we don’t show much historical curiosity to find out where our ideas might have come from, and we happily submit to rote repetitions of tired, retreaded and proven useless behavioral ideas—posters, safety songs, compliance controls in the form of a rush of job observations at the end of the month because someone, somewhere is waiting for the excel sheet that shows you conducted them.

Some safety people tell me that “we ourselves are the biggest obstacles to doing safety differently.” Safety professionals are as much cause as consequence in this; configured as they are in a set of bureaucratic relationships where they are held accountable for showing low numbers of negative events, or high numbers of personal protective equipment (PPE) compliance rates, completed safe work observations or risk assessments. It was not always this way. The neo-liberal (or neo-conservative, for those in North America) governance turn in many Western countries has created a situation where safety regulation and inspection is increasingly delegated down, into organizations themselves. Organizations, in turn, push it down into local work units, or onto the heads of individual workers. It is, in a sense, MacDonaldization on a massive scale: make the customer do most of the work. Because things are a lot cheaper that way. And the single common currency that makes that world go ‘round is safety numbers. In a world where safety is increasingly a bureaucratic accountability that safety professionals need to show up, and to a variety of stakeholders who are located far away from the sharp end, it makes sense that safety gets organized around reportable numbers. Numbers are clean and easy to report, and easy to incentivize around. They are gratefully inhaled by greedy, if stunted and underinformed consumers: insurers, boards of directors, regulators, media, clients. Though frequently and commonly experienced, the ills produced by this are better known than they are publicized. They include:

A Canadian study uses the inelegant word ‘responsibilization’ to capture the neo-liberal or neoconservative trend. It notes, along the way, that such governance is accompanied by an increasing number of fines, citations and prosecutions hitting individual workers for workplace safety violations—rather than the employer, as used to be the case. Performance-based safety regulation was once a great idea: the organization could show the regulator that it had its risks under control, and that it could deal with harmful influences that come its way—by whatever means and in whatever ways. It was a regime that promised liberalization, the end to overspecified and overprescribed rules, and a legitimation of diversity, context-sensitivity, innovation, open-mindedness. To say nothing of budgetary savings. But perhaps it is turning safety into a ‘failed state:’ with eroded governance conditions, capacities and responsibilities, and abused, mistrusted or ignored institutions. And ultimately of course, as the very definition of a failed state: it is rendered increasingly ineffective. The current safety paradigm is no longer really getting those reportable numbers any lower. And what is worse, it has not made serious dents in fatalities or process accidents across many industries for a decades now.

What it seems to boil down to is a silent, and in a sense fundamentalist, pact of small-mindedness that many safety professionals have to submit to: stay comfortably within the narrow bandwidth of what is politically correct, occupy yourself with only the sliver of technical callings of the field at hand, and for your own sake and that of your contracts or continued employability, do not touch the taboos. Do not ask the questions you don’t want to know the answers to, or that you don’t want others to know the answers to. Well, if we want to change the paradigm of safety, it won’t work that way. Safety is not going to be changed on the back of technical tinkering alone. If we want to make fundamental changes, then we need to go right to the heart of how we think about, and hold beliefs about, deeply sensitive and tricky issues like ‘sin’, or accountability and blame, about retribution and social justice, about trust and relationships, about organizational governance and managerial integrity, about inequality and the distribution of capital, about hierarchy and power, and indeed also about the excesses of union abuse of their putative ‘voice from below.’ If we don’t dare to reach into such aspects of political economy, social history, or moral convictions, then we cannot ever begin to change the paradigm.

Back to the talk. I told my audience early on that I didn’t want to be right. That is not what this is about. It is not even fun to be right. I’d rather be proven wrong (though you have to come armed with strong arguments or persuasive data). Being proven wrong is indeed the basis for scientific progress. So I’d be happily proven wrong. But for that debate to work well, we all have to become willing and able to see where a well-argued or well-founded idea begins and where a particular conviction ends that we slavishly adhere to for its mercantile advantages. In this, everbody has to give and take.

A good friend of mine, himself an innovative safety thinker, told me that when confronted with my own outrage about safety people’s moral capitulation and intellectual laziness, I should not put their failings on full display, for everyone to see, and for the courageous ones to mock. I know I can do that very effectively and entertainingly (and then I offend some people). Rather, my friend said, I should muster sympathy, understanding, and compassion—even if this is accompanied by the inevitable sadness of having to depart from the righteous joy of seeing the splinters in other people’s eyes. I can only wish I had the wherewithal and patience to follow his advice consistently. I admire those who can. I, instead, often revert to my shock therapy, jolting and shuddering people into a new era—and losing a bunch on the way.

But, haltingly so, that is where I take safety people, or try to. I think people get uncomfortable when I say that if we want to change safety, we have to look into ourselves. We should not look at all those other people (who, we might believe, need to ‘pay more attention and be more careful’). I believe that if we in safety don’t change, nothing is going to change in safety.